The 2022 Lambeth Conference – A Review 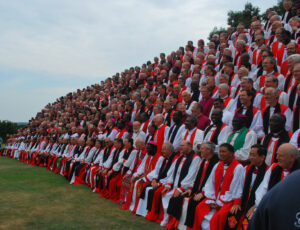 Firstly, as to relationships between the Communion provinces.In short, are we a Communion where vision is ecumenically shared or one in which provincial autonomy is central? Andrew Goddard has argued, ‘The account of the Communion offered to the conference by the Archbishop does not articulate that of Communion Catholicity, and appears perilously close to that of autonomous inclusivism’ (see link to article below) . If unilateral actions against the mind of the Communion have no consequences in the ordering of Communion life, then one wonders whether we have a Communion.Secondly, the relationship between Lambeth 1.10 and the ongoing teaching/practice of the Anglican Communion with regard to human sexuality.The Call on Reconciliation says, ‘We believe in God who is both three and one, who holds difference and unity in the heart of God’s being’ and may prove to be significant. Also, Archbishop Justin’s statement ‘we have a plurality of views’, which, though commendably honest, seems to point in the direction that this subject is now to be treated as adiaphora. Certainly, if responses ‘on the ground’ are anything to go by, then a number of bishops/dioceses have taken a cue from the Lambeth Conference to offer a more revisionist approach/direction of travel (ie whilst it remains accurate to affirm that Lambeth 1.10 is still officially ‘in place’, the mood music on the ground in some dioceses appears to be very different).

Andrew Goddard’s analysis of the Conference here and here